* abbreviation: too long; didn’t read: used by the writer before a summary of lengthy text.

While for most Wi-Fi 6E is the new kid on the block, Wi-Fi 7 is already being designed, built and tested and is expected to make its big wireless debut at Mobile World Congress 2023 (with potentially the first Wi-Fi 7 phones)!

Wireless networking is everywhere. More than ever, Wi-Fi impacts our daily lives, at home, at the office, in schools, hospitals, sports stadiums, train stations, at factories, in cars.

Wi-Fi had a projected economic value of over 3.3 trillion USD, expected to grow to 4.9 trillion USD by 2025.

A fair conclusion: we love our wi-fi, and it’s about to get even better, faster, stronger and more secure.

A brief history of Wi-Fi

Wi-Fi 6 set the stage with capabilities achieving single-digit millisecond latency, and with the introduction of features like multi-link and 320 MHz channels in Wi-Fi 7, latency will be reduced even more!

Wi-Fi 7 introduces a unified framework to manage multiple links in a way that allows an optimized use of resources across multiple links, which results in:

Significantly improves throughput in environment with interference by not transmitting power in occupied bands while still allowing wide channels to be partially used.
While optional and uncommon in Wi-Fi 6 – and limited to blocks of 20, 40 or 80 MHz – Wi-Fi 7 enhances this feature by allowing it at the RU-level. This allows for carving out thin slices of (interfered) spectrum. 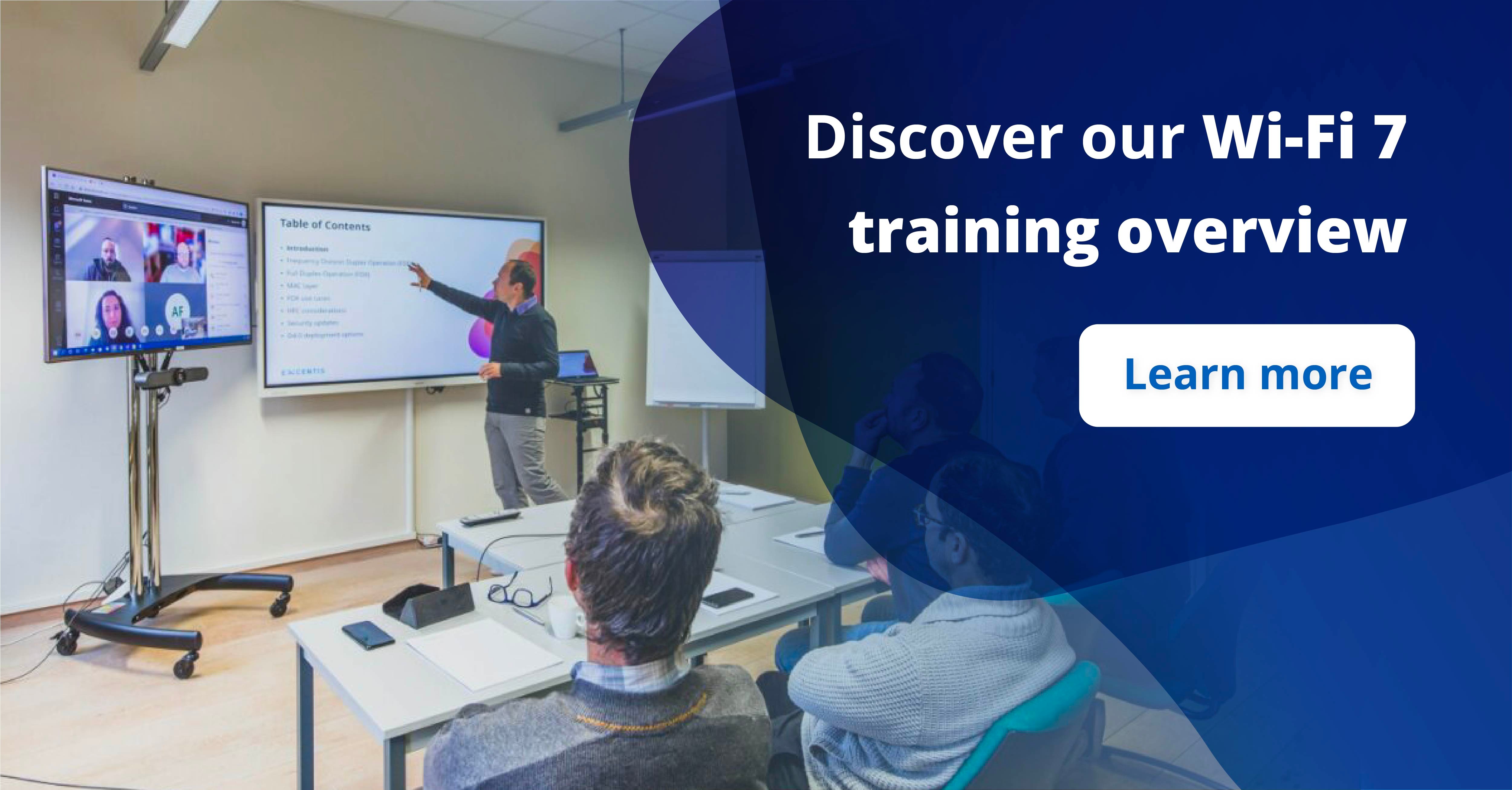 We offer comprehensive Wi-Fi 7 training, both virtual and in-person, public or private.

Will your Wi-Fi 7 device deliver as advertised?