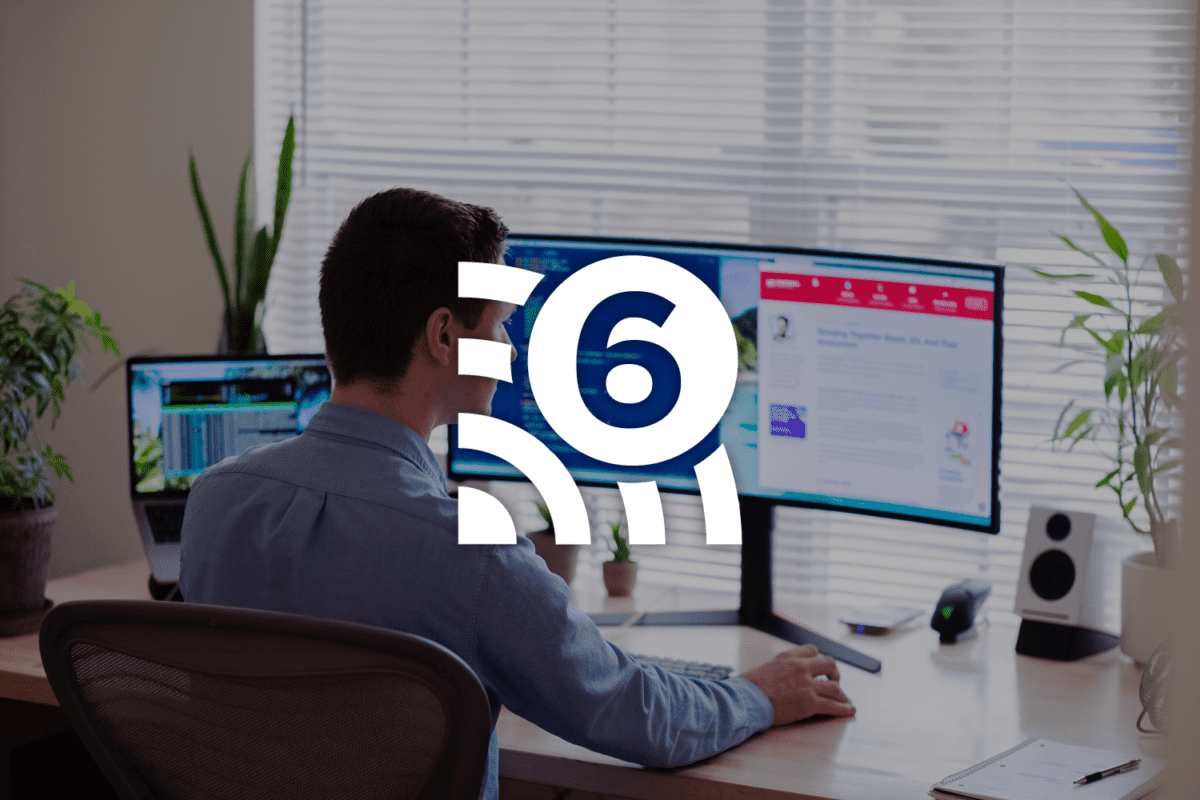 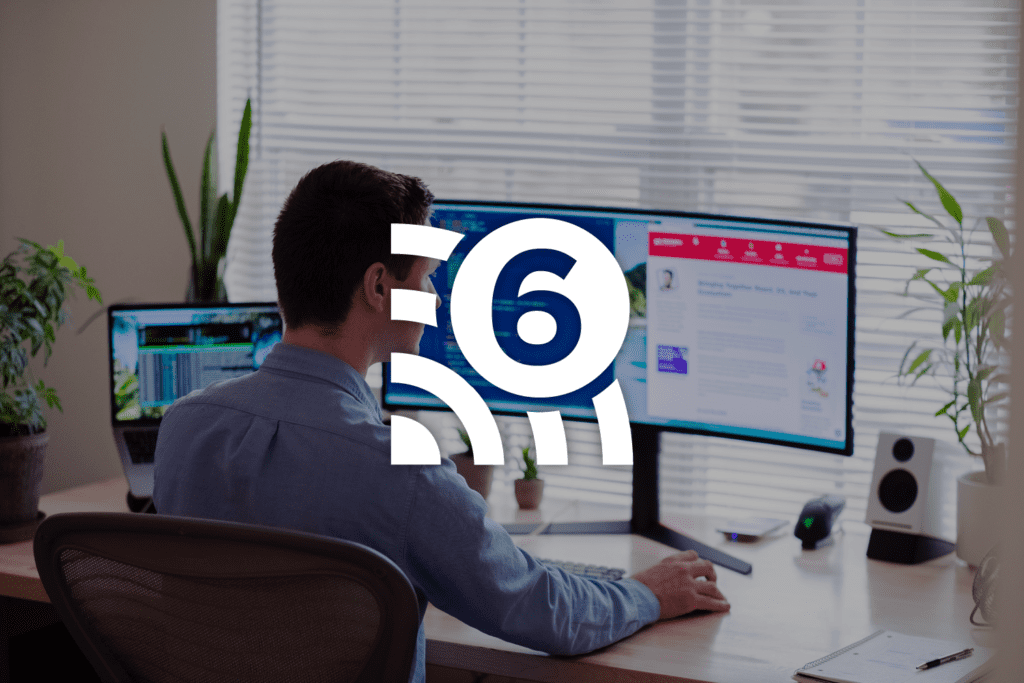 The specification of Wi-Fi 6 is maturing, and more and more clients and access points (APs) are being rolled out in the field. At the same time, we are still on the verge of the (r)evolution – making it the perfect moment to take a look at what we can actually expect to achieve with these new devices.

The first standard not to focus on increasing max speed

As a starting point, let’s get into the right mindset by looking at the specification’s nickname, which is, officially, 802.11ax, a.k.a. Wi-Fi 6, a.k.a. High-Efficiency WLAN (HEW). The key takeaway of these names? The focus of this latest Wi-Fi version is not single-client throughput, but increasing efficiency in multi-client environments.

Granted, Wi-Fi 6 introduces higher modulation (which is optional): 1024-QAM and the new smaller subcarrier spacing in the OFDM channels increases single-client efficiency as well. But even with these two improvements combined, the theoretical maximum capacity for a Wi-Fi system is only increased by around 40%. This is peanuts compared to the jumps offered by all previous Wi-Fi generations, which boosted the theoretical maximum Wi-Fi rates by five- or even tenfold.

Tech that shines in multi-client environments

So, what should be significantly better when you buy a Wi-Fi 6 access point or client? First of all, if you only change your access point and have no Wi-Fi 6-capable clients, then this new spec version offers you … nothing.

The same is true the other way around; a Wi-Fi 6 client connected to a Wi-Fi 5 access point has no reason to outperform a Wi-Fi 5 client, other than the fact that it is a slightly newer device. If you do have both a Wi-Fi 6 access point and client, you get that small speed boost – but the latest Wi‑Fi version promises to really shine in high-density environments with many Wi-Fi 6 devices.

Benefits that are tough to demonstrate

OFDMA, uplink multi-user MIMO and BSS colouring are the three technologies that are meant to provide efficiency improvements in high-density environments. But, without diving into these specific features (sign up for one of our training courses for all the nitty gritty details), the fact remains that support is limited and the promised efficiency gains are currently difficult, or even impossible, to demonstrate in a practical way.

Additionally, Wi-Fi 6 also includes features that focus on the IoT market, with the move back to the 2.4 GHz spectrum and target wake time (TWT). Yet, the impact of this on the IoT market still remains to be seen, because of the many alternatives (LoRa, NB-IoT, Bluetooth, Zigbee, …). And while security is something that happens behind the scenes for most people, it’s important to note that WPA3 is also part of Wi-Fi 6 – boosting the security levels of the Wi-Fi connections you make.

Wi-Fi 6E: a big boost to the (overloaded) Wi-Fi spectrum

Finally, together with the latest Wi-Fi version, there is often also mention of Wi-Fi 6E. This does not introduce new features, but with Wi-Fi 6E, the (currently overloaded) Wi-Fi spectrum gets a (BIG) new family member in the 6 GHz band.

At the moment, there are no Wi-Fi devices using this spectrum. In the US, it will likely only be a matter of weeks before we start seeing devices using this frequency band. But in Europe, the timeline is vaguer. The regulatory bodies still need to open the spectrum, and the consequent introduction of such devices will take a little longer. But when these devices do hit the shelves, an AP-client combination will receive an extra lane in the communication highway that contains little traffic – allowing huge capacity increases in otherwise congested areas.

It’s coming, but be patient

While we are starting to see more and more Wi-Fi 6 devices on the market, practical demonstrations of the real-world advantages of this new technology may still take some time. Nevertheless, since these are newer devices and they already incorporate some of the features of Wi-Fi 6 (and others could be added through software upgrades), it is worthwhile to test and verify how they stack up against some older Wi-Fi 5 devices.

Interested in diving into the new Wi-Fi 6 standard – and its capabilities – in detail? Sign up for one of our training courses!