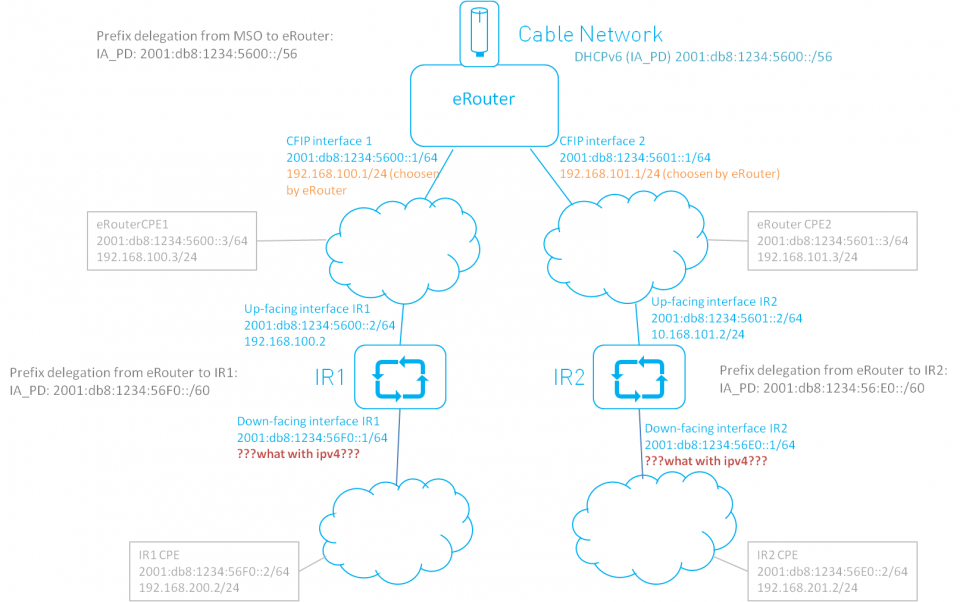 The home user has 2 Internal Routers (IR), connected to a different Customer Facing IP Interface (CFIP) of the eRouter (also known as Cable Gateway). The network is dual stack: both IPv4 and IPv6 subnets are used.

For the IPv6 part of the home network, no configuration is needed. Both Internal Routers and the eRouter support prefix delegation. The eRouter  gets its prefix from the MSO DHCPv6 server. The eRouter will then create smaller prefixes from this prefix, and delegate them to the Internal Routers. Each CPE device in the home network can then acquire its IPv6 address, either by DHCPv6 or stateless autoconfiguration.

For the IPv4 part of the home network, things are different. The home user will have to do some manual configuration:

This manual configuration can typically be done with the help of the web interfaces of both eRouter and the Internal Routers. While this is quite doable for someone with some network expertise, this is a major obstacle for the majority of home users. It is expected that in the future, the need for home networks will rise. Operators could fulfill this need by offering home network configuration to their clients. The manual configuration of subnets and routes could then be performed by technicians of the operators, which will however induce a certain cost.

To counter the problem described above, a mechanism is developed to automatically create IPv4 subnets from IPv6 subnets.

The Link-ID constitutes of the fourth 16-bit block of an IPv6 address, and of  the middle 2 octets of an IPv4 address.

Following steps are taken to create an IPv4 subnet from an IPv6 subnet:

The following picture shows the network from above, when all routers in the network support Link-ID: 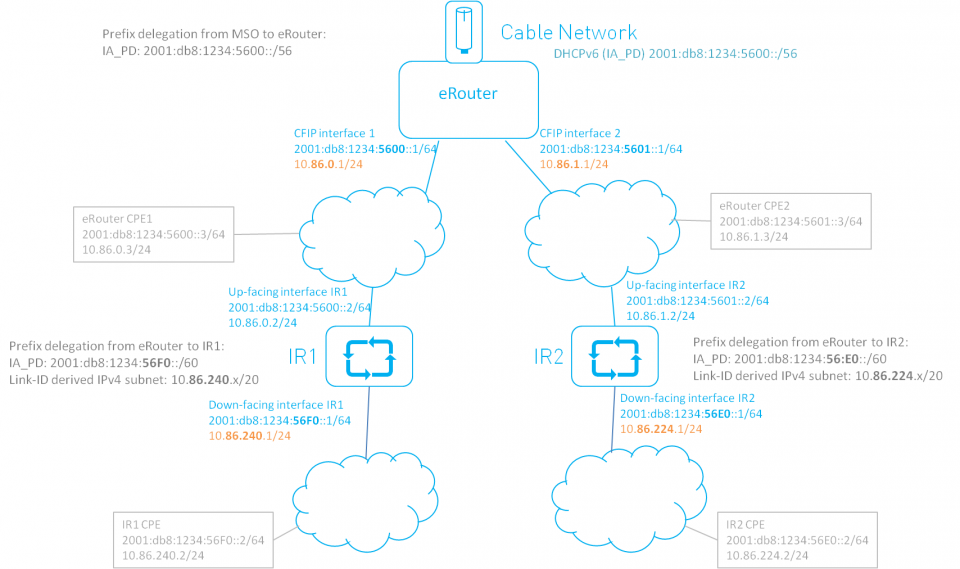 For IPv6, nothing changes. Everything is still configured with the help of prefix delegation.

For IPv4, things that had to be configured manually before, now are automatically created with the help of the Link-ID mechanism: