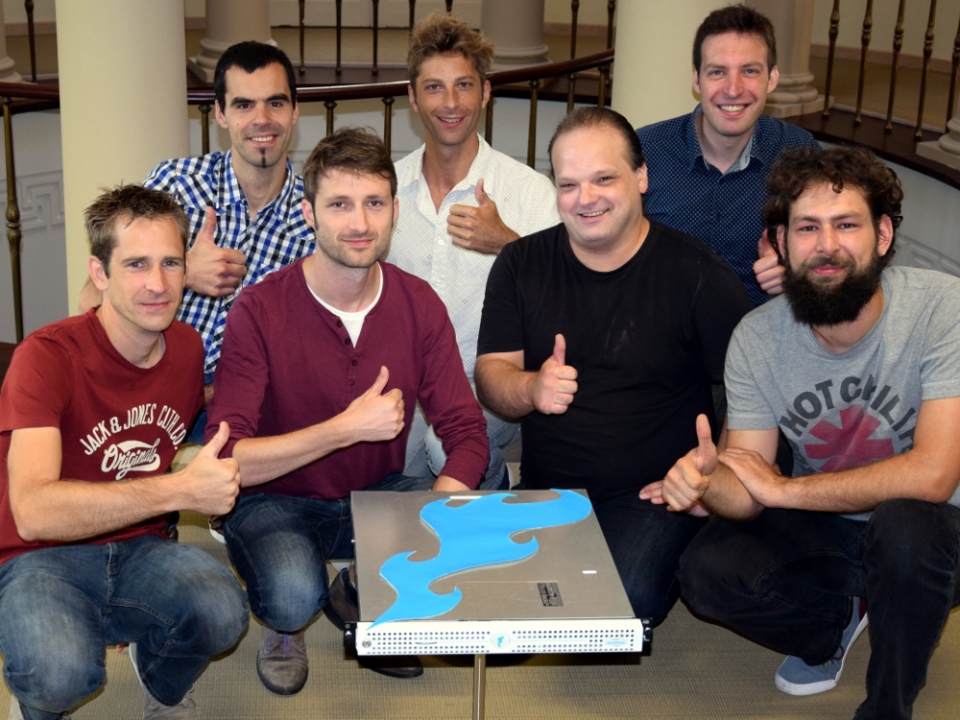 ByteBlower spent its earliest moments safely within the walls of Excentis. It started very small, there was no GUI yet. We needed a tool to generate network traffic. A tool much more versatile, flexible and less expensive than what was available on the market.

The ByteBlower server was developed first, with very limited functionality and only a basic scripting API to control it. But it proved to be exactly what we needed for our testing and certification services. ByteBlower rapidly grew and was improved continuously, based on our lab testing experiences.

More and more engineers visiting our labs saw how we were generating network traffic. They told us that they would be delighted to have this tool at their disposal too. Around that time we decided to turn ByteBlower into a full-fledged commercial product.

To make the product usable outside test automation, we developed a GUI application to control the ByteBlower servers from a desktop. Ten years ago, we released the first version of ByteBlower v1.0! Like proud young parents, we were very pleased to see that our earliest customers were as excited about ByteBlower as we were! ‘A tool for networks testers, by network testers’ was the feedback from the early users; and it was just what we were hoping to hear.

Over the past years, we received lots of additional, valuable feedback from our customers. We added powerful new features, based upon the needs at that moment: IPv6, multicast support, IMIX, ToS bits, VLAN tagging, PPPoE, result over time charts, etc.

ByteBlower became bigger and stronger. Yet we kept a close watch to make sure that the ease-of-use was maintained: simple scenarios should be trivial to set up, complex scenarios should only be slightly more complicated.

Several hundreds of ByteBlower servers are in active use by our customers today. They are used in engineering and quality assurance labs, in certification test labs and in production lines, where each and every product is tested by ByteBlower before leaving the factory.

After all these years, many versions have been released. Each version bringing new features, streamlining the usage and fixing bugs. Still, the very first ByteBlower server models remain fully supported. And we take great pride in this. A lot of companies follow a completely different approach — can you imagine an iPhone 1 running iOS 10?

The ByteBlower team started out very small, but grew steadily over the years. We are now seven software engineers, two account managers and one sales engineer. We add new functionality, squash bugs, keep the product lean and mean and provide support to our customers. And we hope to continue doing so for at least the next ten years!