For many years, the performance of a network was defined by one metric: speed or bandwidth. We can see this clearly in the evolution of networks too. Every article describing the evolution of the internet and network speeds will show graphs of internet speed evolutions like this: 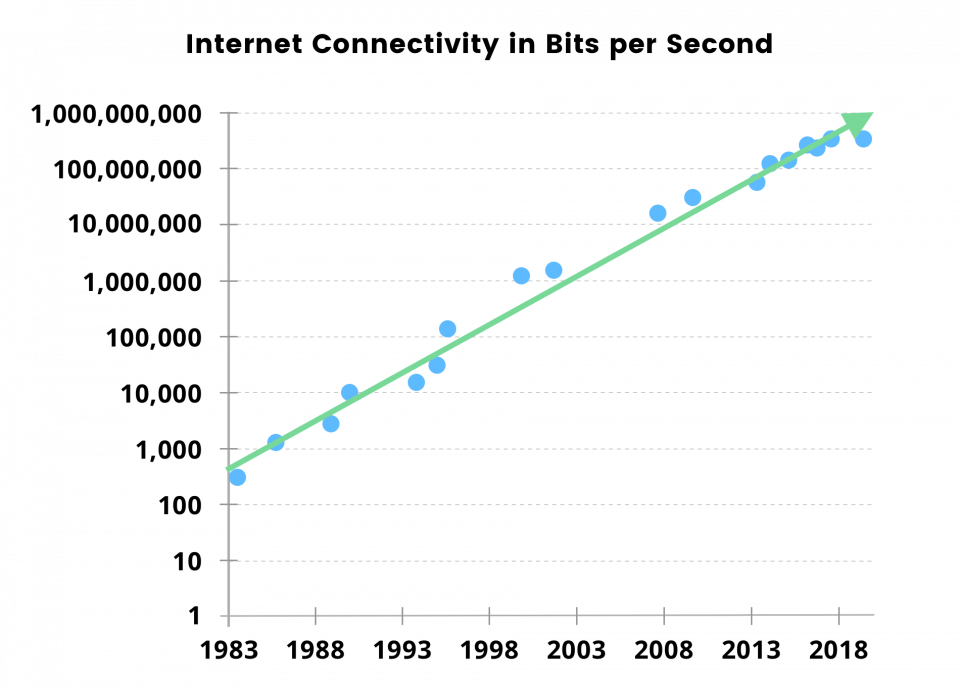 This doesn’t mean latency was never a concern. Even IPv4 already contains features to handle latency. Applications can use the TOS bits to indicate if latency or packet loss are more important than bandwidth. But it are the underlying protocols which must support these requirements. This is our focus for this blog series.

Lately, we see a shift in focus from speed towards latency. Latency had already some moments of fame, e.g. when deploying voice services. But has become important again due to different reasons:

In this blog series, we will cover the different access technologies and their enhancements towards latency. Among others, we will cover Wi-Fi 6 and Low Latency DOCSIS and their enhancements towards latency. Besides the access network technologies, we will also discuss innovations like L4S and QuiC. We will also cover different testing approaches and will show how you can monitor latency in your network.